As an iPhone user of over a year I have found that it has aided me greatly with its many apps aimed towards assistive technology.

Firstly I would like to start with Dragon Naturally Speaking and the iPhone. Dragon is a superior software program in its field – it accurately transforms speech into text. It is available for both PC and Mac (the Mac version is called ‘MacSpeech Dictate’).


However, with both of these computer version there is a compulsory 15 minute tutorial so the program can effectively understand the tone and style of your voice.

Voice Ask - A 'Siri' like application for ALL iPhones

Voice Ask is an assistant like Siri, but it works on all iPhones and iPads. And now on Android as
well. You can ask it questions on any topic, either by talking to it or write, and it will answer you in a clear voice. 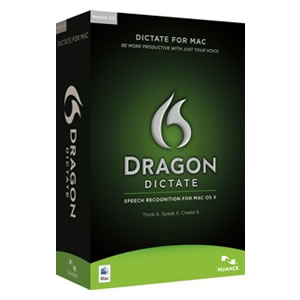 The version of DragonDictate was 2.0.3.


I made a few errors during the making of the video calling software MacSpeech Dictate which is what it was originally called before Nuance purchased the MacSpeech company. Some of the pauses during the video basically were me thinking of what to say next. As you can see some errors were made but they were easily corrected.
Additionally this description that I am putting in to YouTube right now is being dictated with Dragon Dictate on the Mac.
A short description on the SQ3R active reading technique.
Building a framework to understand reading assignment: Survey | Question | Read | Recite | Review

Popular posts from this blog

A while back we ran a competition offering you the chance to win an Olympus digital recorder along with Olympus Sonority software.  Our winner was delighted with her prize and speaks very highly of both the digital recorder and the software.  It has really made a difference to her ability to study, take notes and complete assignments to a higher standard. Take a look at the videos below and the Olympus page in our 'Partners' section on the website.
Read more

Take a look at this introduction to Dropbox.  We thought we should share this again as we begin the second semester of the academic year, it is more important than ever to keep our files organised and in one place.    Using Dropbox and handy applications like DropVox that go hand-in-hand will help you to keep on top of everything during the next few months. What Is Dropbox? from Sandra Fox on Vimeo . If you're looking for an alternative to DropBox, you may be interested in SkyDrive, take a look at the video below for more info on the SkyDrive features... SkyDrive http://windows.microsoft.com/en-GB/skydrive/download
Read more

Here is a new video taking a look at the main features of the WordQ/SpeakQ app for iPad. The app is very useful, having the combination of Dictation, Word Prediction and Text-To-Speech enables me to take ownership and stay in control of my work. Word Q for PC    Word Q for Mac
Read more